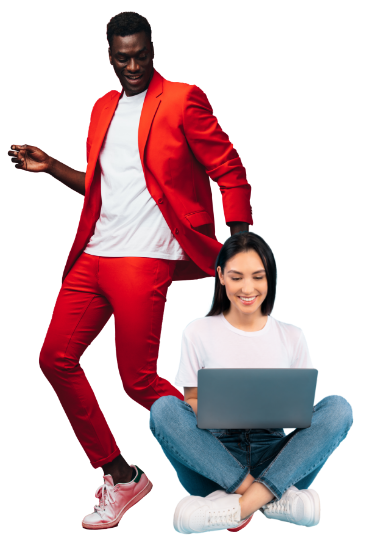 IT’S YOUR LEGACY
CREATE IT

Apart from my practical experience, my expectation for Producing Theory had helped me to apply knowledge learned in class within the film industry. Some of the most important aspects were, film financing, how marketing and distribution works, what goes into a fully financed production pitch and bundle, how funders and financiers are involved with productions, how to create business proposals and, how budgeting and scheduling impacts the production. This has enabled me to fully understand how the business of film is important to the aspects of a production.The producing theoretical aspect of the BA3 course has exceeded my expectations and therefore instilled a knowledgeable workflow which I can use in my career outside CityVarsity.

In summary, the theoretical and practical aspects of my producing career at CityVarsity has been one that has challenged me to grow past what I think of myself and allowed me to push past my comfort zone, which has ultimately led into the strong individual and producer that I am today.

I am most grateful to David, my producing lecturer, for helping me grow within this field of work, inspiring me to work to the best of my abilities and aiding me in the growth of how the producing aspect is properly attained and managed.

Now filmmaking is a business, and as much as one needs to learn all the technical aspects of it in order to produce the best visual content, one also needs to master the business of it to afford themselves the opportunity to continue making films. Films are quite expensive to make, and that money normally come from employers and investors. People need a guarantee that firstly, that their money will be utilised efficiently, and that they will be able to make it back having yielded good returns. Producing Management (a module that we did in first year), and the Business of Producer helped in giving us an understanding of how the film business is run. The best way to make a good profit, is knowing how to cut on costs and still get the best product or finding alternative ways to have people involved or participate without paying them in cash money. There are two modules in getting the hang of that. Business of Producing particularly, taught us how to work with tax and rebates, getting financing from a bank, getting funding from government agencies, working with festivals and relevant markets, working with sales agents and distributors, the advantage of attaching big names to a project, branding and just the overall successful planning of a production.

I would like to thank CityVarsity, for their facility, faculty and curriculum that transformed my knowledge and skills of film production and prepared me for the industry at an international level. I look forward to launching my small production company and using it as an outlet for my creativity and film school experience. I also plan on applying for government grants and other funding schemes that will be at my disposal. I look forward to participating in international festivals and sharing my content with international markets. It will also be good to still freelance on big productions and absorb experience from that perspective.

It all started with a phone call – I was so incredibly eager to start photography on a professional basis. I had a CANON camera and taught myself how to shoot – But I wanted and needed more from it. So, I called around, and found myself having a fabulous chat with Paul about the photography programme at CV, and goodness was that the best decision I ever made! In the 2 years that I was there, I learnt everything I needed to know, more about studio & natural lighting and how to shoot different genres such as food, product and lifestyle. Editing & retouching of photographs on programs like Photoshop, Lightroom and inDesign. How to create catalogues and zines, as well as important tips on how to market yourself on social media. My favourite was understanding the fundamentals of photography by learning the importance of 35mm / 120mm film as well as being able to scan, develop & print your own stills. The course is so diverse, and you’re constantly learning new and exciting things. After leaving CityVarsity I felt so confident in myself & the knowledge I had gained over the past couple of years of being there. With incredible lecturers who pushed me, and the most amazing HOD, Ilhaam, who guided me through every step of the way. I am so incredibly grateful for my journey at CityVarsity. Fast forward, I am now Head of Photography at Mr Price Home, a position that I had dreamt of fulfilling, and it was all made possible thanks to the CityVarsity photography department. You’ve absolutely changed my life.

A film produced by Zuleikha Kasmani and team

They say that ‘Fortune favours the Bold”. This is certainly true of Zuleikha Kasmani, a CityVarsity alumna who is presently carving out her creative professional journey on an international scale. Not only did she #makeitinthecity in South Africa but is taking her passion and her love for film to the big city of New York. We recently caught up with her to find out a bit more about the strides that she is making in the industry.

1. What is your name and current title/job role?

My name is Zuleikha Kasmani, and I am currently working as a social media producer to fund a film.

2. Where are you within the creative arts industry at the moment?

I am currently working my way up to becoming a film director as well as a producer.

3. What led you into the creative arts and film industry- where there any defining moments or early inspirations?

When I was about 11, I made my own movie at home with a bunch of toys and puppets, just your basic stuffed animal type of thing. I then started watching Spielberg films and behind the scenes and that is what pushed me to follow my dream of becoming a film director.

4. What have been some of your career highlights and filmmaking/photography achievements to date?

My career highlights would be getting an award at a French film festival for one of my student films that I produced and was an add on. Another achievement would be when I was studying at CityVarsity. I had a few great classmates that were actually passionate about what they went there to study, we made pretty memorable short films!

5. Share with us a bit about your time spent studying at the New York Film Academy?

New York film academy was a blast! It was a little tough towards the end with COVID, but I feel like I learnt a lot there and made lots of great connections.

6. Tell us a bit more about your experience at Warner Bro’s?

Well, Warner Brothers was lunch in the canteen and Q&A with actors and directors, we did however use the Universal studios backlot to film a few shorts (We used the sets for Once upon a Time in Hollywood and The Good Place). Another studio we used was Burbank Studios, we mainly had classes there, but the studios were massive.

7. Take us through your study journey at CityVarsity and how that has paved your way for a career in the creative arts?

Studying at CityVarsity was fun, I had a few classmates that made the experience really enjoyable! a few good lecturers too, Dino was a great directing lecturer! He made me more passionate and excited about directing than what I was before CityVarsity.

8. What has been your most interesting life lesson thus far?

My most interesting life lesson so far would be to communicate more, especially in the industry I am going into.

9. What does the future look like for Zuleikha and what can we expect from you going forward?

Definitely more filmmaking and lots of movies about changing our world.

10. Do you have any words of wisdom for any young creative starting out in their career and hoping to follow in your footsteps?

Words of wisdom, well, it is a tough industry if you don’t know what you’re doing, but that also means that you have to learn from your mistakes and push through the bad times when you feel you haven’t done enough for your career. Stay positive and things will work out! If you have a goal, do anything you can to reach it!