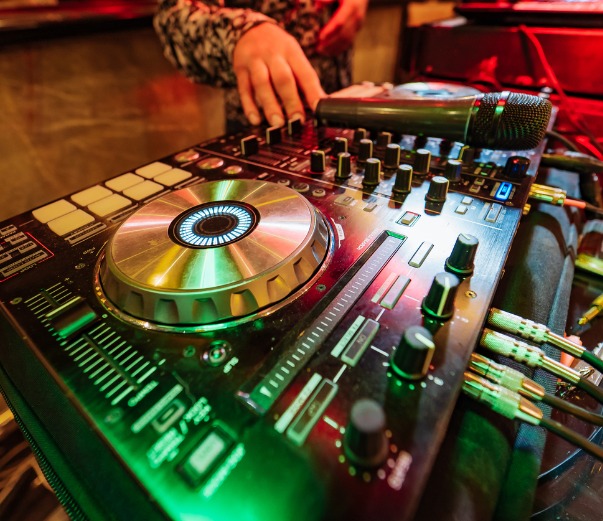 South African musicians continue to make melodic footprints in the music industry not just locally but across the globe. With the likes of local DJ-turn-International music icon Black Coffee to Nasty C and newcomer Elaine, our talented artists are setting stages ablaze, while still leaving a trailblazing path for local talent to follow suit.

According to Sowetan Live, these artists have truly taken the phrase “Dream big African child” to a new level, from being featured on Time Square’s Billboard Screens to being recognised and respected by some of the biggest names in Hollywood and around the world.

No introduction needed! Black Coffee set the local scene alight and today is globally recognized as a top Record Producer, Songwriter, DJ and Hit Maker across all continents.

Establishing his own record labels Soulistic Music and Ultra Music, Nkosinathi Maphumulo aka Black Coffee, began his career in 1994 and has since released more than 9 studio albums.

From majoring in Jazz Studies at Technikon Natal, now Durban University of Technology, he began his career singing back-up for Madala Kunene. Fats forward to 2003, where he was chosen as one of two participants in the Red Bull Music Academy. This jumpstarted his career into the local dance music scene, with his first big break coming when he dominated local charts with his first hit song, Happiness featured on the DJs at Work album.

To date he has won several musical awards, gained serious nominations and dominated the electro dance and house music stages worldwide. He held the main stage at the world’s largest party venue in Ibiza, and today holds his new residency in Las Vegas, proving there

ain’t no party without a Black Coffee beat!

Rapper, Nsikayesizwe “Nasty C” Ngcobo made a global impact in the music scene and has seen hits from South Africa to New York, working with hip hop heavyweights Snoop Dogg and T.I! Self-proclaimed as the “Coolest Kid in Africa,” (we kinda agree), Nasty C has come a long way since he first dropped his mic skills as a nine-year-old growing up in sunny Durban. He holds the titles of a Rapper, Actor, Singer, Songwriter and Record Producer.

With many local and international collaborations under his belt, he has solidified his place in global hip-hop and trap music genres, proving there is nothing stopping him from achieving more fame and fortune as his music grows.

South African R&B Singer-Songwriter, Ndivhuwo Elaine Mukheli aka Elaine, is fast becoming a household name within the international music industry. The 23-year-old star from Pretoria started her career in 2019 and has already signed to an international music label. Also in the running to receive a BET nomination for Best International Act, Elaine believes she truly is living the dream!  Named one of SA’s breakthrough talents and emerging voices in music and now performing around the world – we couldn’t be prouder of our homegirl doing amazing things at such a young age.

If you want to chill with the big boys (and girls) and make it big in music, get your musical training with a Bachelor of Arts in Sound and Music Technology with CityVarsity! From Africa to the Globe, It’s Your Story. Tell IT!

The return of students and staff to campus

The return of students and staff to campus