Taking over The City can be a daunting preposition, but don't stress - we've got your back!

Taking over The City can be a daunting preposition, but don't stress - we've got your back! 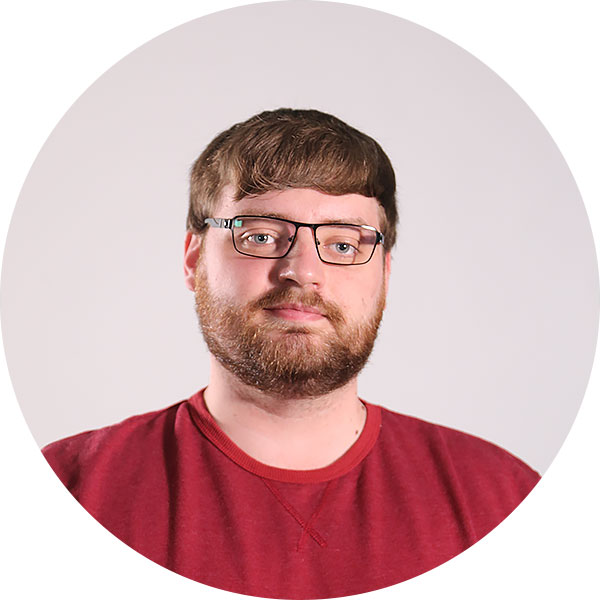 Alexander van Tiddens is a 3D generalist and currently animation lecturer at CityVarsity Cape Town. Inspired by the animations of giants like Disney and Pixar, Alexander has pursued the art of character and creature movement and the techniques of creating believable and engaging performances.

As a Lecturer, Alexander reward is in seeing students bring a character to life for the first time and sparks of wonder they experience. An endless world of possibilities suddenly opens up with the ability to produce animation.

“It’s kind of fun to do the impossible” – Walt Disney. 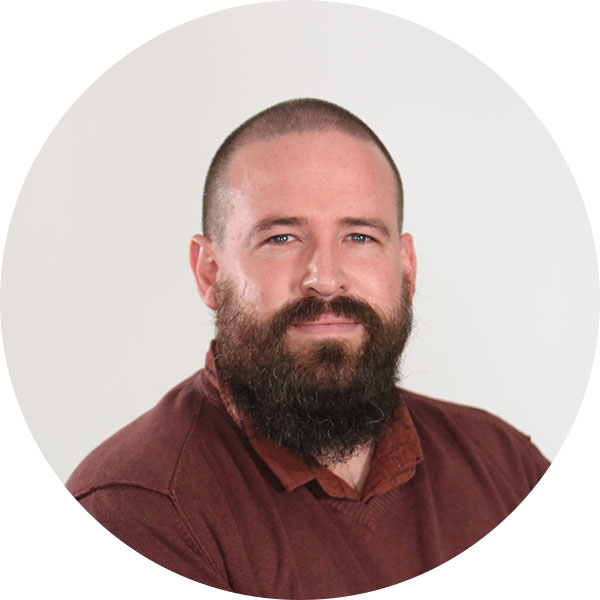 Benjamin Marnewick is Academic Manager for CityVarsity Cape Town campus and was previously head of department (HOD) and lecturer in Film Analysis for the Audio-visual Department.

Benjamin took an unconventional route in becoming a filmmaker, by first studying visual art at Stellenbosch University. He went on to produce a feature film for his Master’s degree, which he wrote, produced, shot, directed, and edited. The full-length film, Preek, was selected and screened at the 2013 Kyknet Silwerskermfees. Benjamin’s thesis topic was centred on the triangular relationship between filmmaker, film and viewer with a special focus on the representation and perception of violence in contemporary film.

While working on various productions, he started lecturing Film Theory part-time at Stellenbosch, which is when the academic and teaching bugs really bit him. He soon realised that his passion for education outweighs his passion for production and in 2016, when the opportunity presented itself, he accepted an offer to join CityVarsity full time. As lecturer in Film Analysis, Benjamin’s philosophy was to allow students to realise that each filmmaker has their own voice and for them to discover their voice themselves. Benjamin’s goal became to guide young creatives to unearth their own ideas and perspective about their respective mediums in order to excel in them and become great contributors to the creative community. 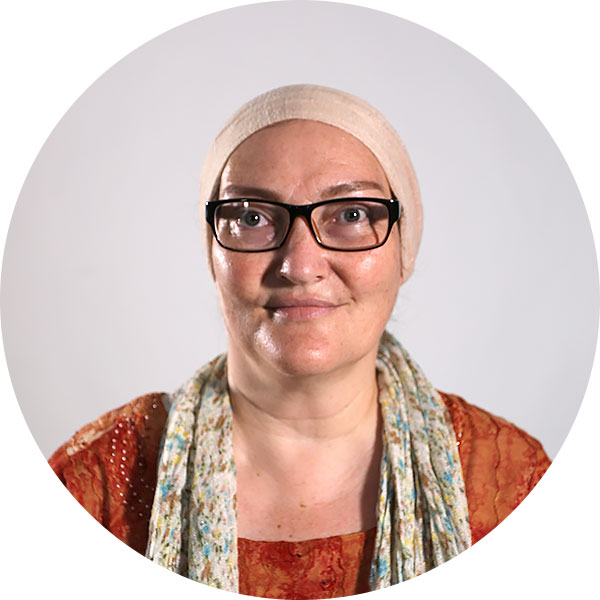 Ilhaam Stoloff graduated from the University of Johannesburg (formerly Technikon Witwatersrand) in 1994 with a National Higher Diploma Cum Laude in Fine Art. She practised as an artist in London until 1998, before returning to South Africa, and relocating to Cape Town. Ilhaam was the Head of the Fine Art Department at the Ruth Prowse School of Art, where she lectured for fifteen years, during which time she helped shape successful career paths for artists such as Christopher Denovan, Jade Doreen Waller and Igshaan Adams, who was the 2018 recipient of the Standard Bank Young Artist for Visual Art Award. In 2010 her department received a ministerial award from the Western Cape’s Department of Sports and Culture for its contribution to the Visual Arts. 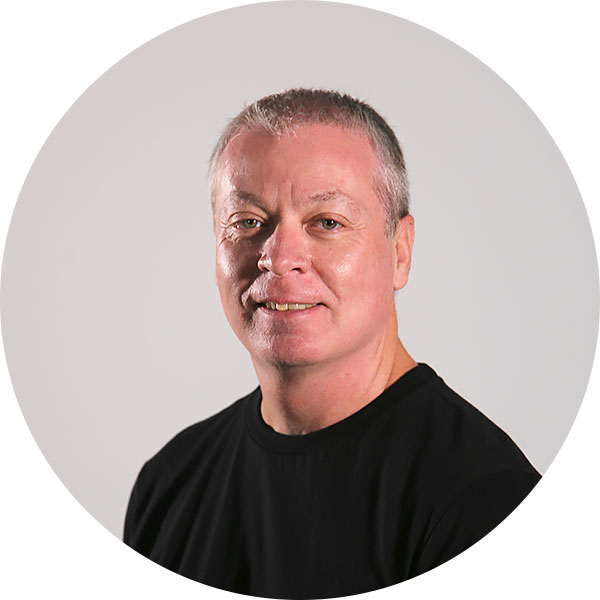 Jacques is head of the multimedia department at CityVarsity, Cape Town. He has been a lecturer at CityVarsity for 20 years. During this period, he lectured coding languages and semantic data structuring on the Diploma in Multimedia and Design, the Higher Certificate in New Media Development, and the Higher Certificate in Digital Media and Animation. Over the years Jacques developed various short courses and accredited programs for CityVarsity.

Jacques holds an honours degree in Labour Law and a master’s degree in Clinical Social Science. He is currently completing a PhD degree in Computer Science with a special focus on teaching machines the semantic meaning of data to improve their ability to make correct inferences.

Jacques is motivated by his passion for the formal sciences. For him, the most rewarding aspect of being a lecturer is to observe students acquire new knowledge and develop highly specialised skills that will sustain them in a meaningful and financially rewarding career allowing them to become valued contributors to the economic wellbeing of their communities.

Artificial intelligence and machine learning are the latest trends in the formal sciences. The demand for skilled graduates is high while the supply is low. With its highly educated staff CityVarsity is in the ideal position to answer the call for skills training in the field of coding for the web.

Education has, and always will be, critical for financial independence and self-actualisation. Whether it is a short course or a degree, once acquired, knowledge can never be taken away. Jacques’ motto is to learn something new every day. 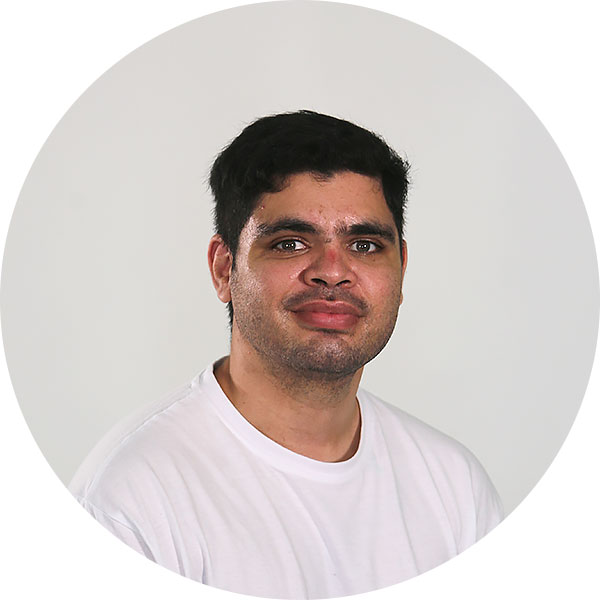 Maghdie Fife lectured at CityVarsity since 2017, currently the Head of the Audio-Visual department at CityVarsity Cape Town, focusing on developing future filmmakers that will push the local film, television and advertising industries.

Naturally artistic, talented director and film editor Maghdie Fife completed and attained his Honours degree in directing and screenwriting. Maghdie worked part-time as an editor and visual effects supervisor during his studies. He won the Vision Mission Award from SterKinekor for directing and editing the commercial “Mother’s Kisses” in 2013. In 2014 he was hired as a screenwriter for Q-Up Entertainment, working on the reality series “The Shores”, before going on to become the Head of SLTV at Soccer Laduma.

Maghdie’s dedication to creating quality content and passion for helping and guiding the youth is what has led him to lecture editing at CityVarsity and assist the students on their journey within the South African Film and Television industry. 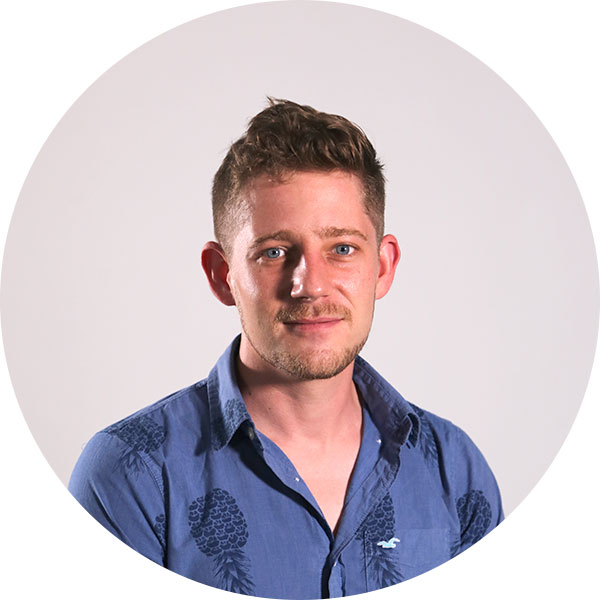 Wayne Smith is an AMAA nominated South African actor, as well as a writer, journalist and lecturer, and is currently Head of the Acting Department at CityVarsity Cape Town.

As an actor, his most notable film credit is the portrayal of Benjamin Komoetie SNR in the 2019 interpretation of Fiela se Kind (dir. Brett Michael Innes), for which he was nominated for an Africa Movie Academy Award for Most Promising Young Actor. He appears in the local television soap Suidooster (2019) as Anton for a period of 51 episodes; as Jack in Fynskrif season 3 (2020); and various other characters in television appearances on Kyknet, SABC 1, 2 and 3.

Originally from Gauteng, Wayne studied at the University of Pretoria where he obtained BA degrees in Journalism (2010-2012) and in Drama (2012-2014), before completing a BA Honours degree in Drama and Film Studies with distinction in 2015.

With an initial exposure to theatre, Wayne has appeared on numerous South African stages and has performed at the National Arts Festival in Grahamstown (2016). A passionate singer, he performs in various musicals, and as a news reader worked at community radio station Tuks FM from 2010-2012 and again in 2014, where he was a newsreader and voice over artist.

Crystal Karin Sooklal graduated from the University of Kwa-Zulu Natal (Howard College) with her BA in Drama and Performance as well as Culture, Communication and Media Studies. Her career began as a high school teacher where she was able to introduce drama as an extracurricular activity for learners to use as a tool to consider moral issues and develop values within the school and community. Her interest and passion to grow within the Education sector led to her lecturing position at Damelin Durban City and Damelin Bramley where she lectured Journalism and Media Studies. She believes that drama offers a learning avenue that could enhance any subject that she would teach, and so drama has always been integrated into her teaching methods. Since then, she has been dedicated to leading her students to shape their own success. The talent and energy of her students are a reminder that performance will always have a place in society. Crystal is the current Programme Coordinator for the Diploma in Professional Acting for Camera at the CityVarsity Braamfontein campus.

Intensely creative, passionate and qualified are some of the words Erastus believes in. He graduated with a Bachelor of Arts (Hons) in Film and Television from the University of Johannesburg in 2016. During his studies at UJ, Erastus made the Dean’s list for the Faculty of Humanities during his 2015 and 2016 years. Erastus also received an Advanced Performance Certificate in Speech and Drama for Trinity Guildhall London, where he also received the Trinity Guildhall Exhibition Award for his final performance in 2010. As Academic Manager for the CityVarsity Braamfontein campus, Erastus is driven by the continued and improved excellence not only of the students of CityVarsity but also its respective staff members. He is constantly inspired by the creation of future professionals in the Media and Creative industries and believes that the future content creators of the world are currently waiting in the wings at CityVarsity.

Kevin Leicher is CityVarsity Braamfontein’s resident music man. He has spent the majority of his working life in industry as both a performer and as a producer/sound engineer. Kevin is a multi-instrumentalist. Alongside Arno Carstens and Josie Field he has shared stages with the likes of The Rolling Stones, Amy Winehouse, Muse, James Blunt and many more.

Kevin founded Darkstar Productions in 2004 and has worked there as the main producer. Through his position he brings strong skills as a composer, musician and mixing engineer to the table. Kevin has been involved in several high-profile projects with Adam Lambert, Ozzy Ozborne, Chris Chameleon, to name but a few. In recognition of his work, he has been nominated twice for best producer at the South African Music Awards (SAMA).

Kevin has worked alongside CityVarsity since the inception of the Johannesburg campus to help raise and keep the level of the sound department up to industry standards.

He holds a BA (Drama & Film, English & Music) from WITS. Kevin is also qualified as a Sound Engineer at Inhouse Records.

Lerato Molahlehi is s professional producer and content developer. She is the VISCOM HOD at CityVarsity Braamfontein and is also overseeing the BA and DIP film and television department. Lerato is currently teaching third year students producing and directing in the BA Film department.

She has worked in various television shows on Mzansi magic and has experience in promo directing and working in corporate content creation for companies and brands in South Africa. She has also produced several her own films and has collaborated with French filmmakers in producing a short French film.

She would advise anyone coming into the industry to take their time and be willing to learn with every chance they get.

Michael Gemmell completed his BTech in Photography at the Nelson Mandela University (PE Technikon) in 2004 and has been in the working industry for over 20 years. During his studies Michael finished in the top 5 of his class & was awarded 2 Canon International Silver Awards in his final year.

Prisca Lodi is a designer and creative thinker. She obtained a BTech degree in Graphic Design from Vaal University of Technology in 2017. During her BTech year she worked as a student mentor and tutor and a freelancer to fund her BTech project. To build her experience and exposure she worked as a graphic designer and photographer for Blaque Orchirds PR group. Her portfolio consists of brand identity, event posters, digital illustration and drawing and photography design.

She joined CityVarsity Braamfontein in 2017 as the youngest lecturer and is currently a lecturer with Program Coordinator for the Multimedia Design and Production department, she is also a freelance designer and is currently in the process of studying a Higher Certificate in Marketing and Sales Management. She teaches Adobe Illustrator, Photoshop, InDesign as well as Illustration and Drawing. Her inspiration and motivation come from seeing her students master their craft and becoming the best version of themselves creatively. The feedback received from students of them doing well in their field really warms Prisca’s heart, knowing that she played a role in their success.

As a prominent actor and filmmaker, Willie Ludik may very well be a familiar face. He has been in feature films including “Sy Klink Soos Lente”, “Vuil Wasgoed” and “Fila se Kind” and did two commercials for King Price and BrightRock. Willie has also staged two theatre productions at the Krêkvars-Koponong festival at the University of Pretoria which received critical acclaim.

Willie holds a (BA) Honours in Dramatic Arts and Film Studies from the University of Pretoria. He is employed as the Head of Department in the Acting department at CityVarsity Braamfontein and also teaches Directing and Contextual Studies.